Two marquee matches to be broadcast in Yolngu Matha language. 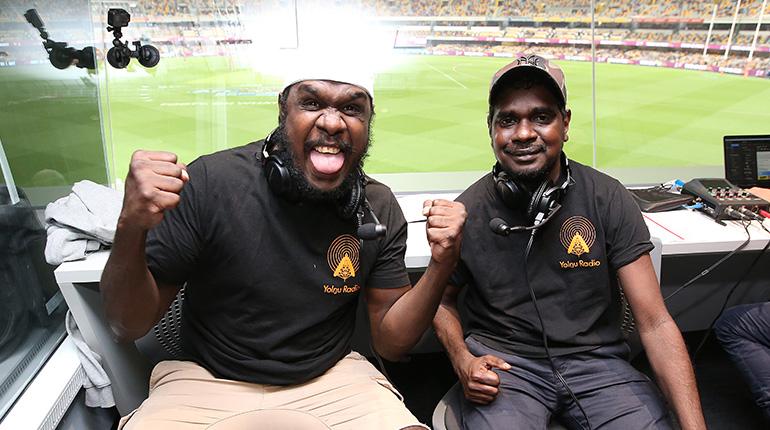 The AFL is pleased to announce two AFL matches will be broadcast in traditional Yolgnu Matha language as part of the celebrations for the 2022 Toyota AFL Sir Doug Nicholls Round.

Broadcasters from North-East Arnhem Land community station Yolgnu Radio will travel to Melbourne to call the annual Dreamtime at the G match between Richmond and Essendon on Saturday May 21, thanks to support from Telstra.

For the first time, Yolngu Radio will also commentate an AFL match at Darwin’s TIO Stadium for the Round 11 match between the Gold Coast SUNS and Hawthorn on Saturday May 28.

The event will mark the third occasion Yolngu Radio has broadcast elite level football, following the inaugural in-language broadcast of the 2021 Dreamtime in Perth match and 2021 Toyota AFL Semi-Final match between the Brisbane Lions and Western Bulldogs at the Gabba.

Yolngu Radio station manager Will Porter said the team was excited to be part of the 2022 Toyota AFL Sir Doug Nicholls Round.

“Yolgnu Radio is thrilled to be working with the AFL again to bring Australian Football to remote communities and homelands across the North-East Arnhem Land region and across the country,” Porter said.

“The team were in Elcho Island last weekend to call the local Grand Final between the Kangaroos and Eagles, so it’s pretty special to now find ourselves travelling more than 3000km to the MCG to broadcast an AFL match one week later.

“It’s great to have Baykali and William back this year after their debut last season. They’re incredibly talented broadcasters and are future role models for the entire Yolngu community.”

In addition, the AFL’s longstanding partner, National Indigenous Radio Service (NIRS), will continue its coverage of Australian Football this year, broadcasting four games during Sir Doug Nicholls Round including Dreamtime at the G and annual Marngrook match at the SCG in Round 11.

Broadcasting AFL matches for more than two decades, NIRS has been a key driver in providing a platform for former AFL Aboriginal and Torres Strait Islander players to enter the media industry and provide an opportunity for people to listen to First Nations programming.

“The AFL is proud to welcome back Yolngu Radio this season and be part of the celebrations of Sir Doug Nicholls Round. Their work, along with the National Indigenous Radio Service, is an important initiative in ensuring that our game remains accessible for all people,” Ms Hosch said.

“Having AFL matches broadcast in in traditional Yolngu Matha language is a special occasion for Yolngu communities and a privilege for the game, so I’d like to extend my thanks to Telstra for their support in making Yolngu Radio’s broadcast possible.”

As a proud partner of the AFL for almost two decades, Telstra’s support of Yolngu Radio ensures that some of the most remote communities in the country can connect with footy in their own language.

Yolngu Radio broadcasts into the six major communities and 15 homelands throughout the North-East Arnhem Land region and across Darwin and Palmerston.

Fans can find their local frequency and tune into the NIRS broadcast via nirs.org.au, while Yolngu Radio will be available on 88.9FM throughout East Arnhem Land, Darwin and Palmerston and both are available via the Official AFL App, thanks to Telstra.

Baykali Ganambarr grew up in Galiwinku on Elcho Island, North-East Arnhem Land. The 27-year-old is a passionate Hawthorn supporter and plays football for St Mary’s on Elcho Island. Baykali started his entertainment career with the Djuki Mala (Djuki meaning ‘bird’ with a Yolngu accent and Mala meaning ‘mob’) performing a high-energy and stunning fusion of traditional Indigenous culture, contemporary dance and storytelling. Baykali then moved into acting and starred in the 2018 film the Nightingale.

Originally from Elcho Island in North-East Arnhem Land, 29-year-old William now resides at Ski Beach- a community located just outside of Nhulunbuy. Will knows football inside out and his love of the game saw him originally start work for AFL as a trainee in 2013 on Elcho Island. Will is a mad Brisbane Lions fan and has been known to put strapping tape under his knee like his hero Jonathan Brown, despite him never having knee issues.

Yolŋgu Radio 88.9FM is one of the key community media sources for Aboriginal people in Arnhem Land. Yolngu Radio broadcasts into the six major communities and 15 homelands throughout the North-East Arnhem Land region and across Darwin and Palmerston.  Programming includes traditional stories, education programs, football, music, health and wellbeing and news bulletins. 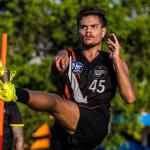 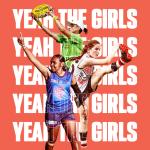 AFL sets out plan to drive women and girls participation 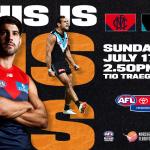 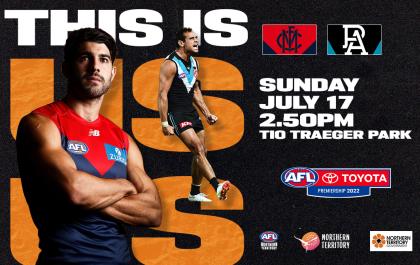 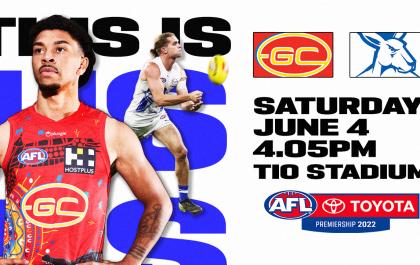 All you need to know ahead of tomorrow's AFL match!

We can’t wait for Gold Coast SUNS v North Melbourne at TIO Stadium Saturday afternoon! To get you prepared for match day, we have some extra info to make your... 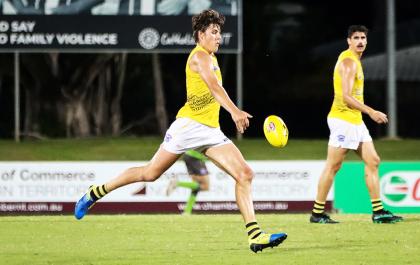 Derksen off to the GIANTS

Athletic key forward Wade Derksen from the TIO Northern Territory Football League (NTFL) Nightcliff Tigers Football Club has been selected by the GWS GIANTS at pick five of the 2022...